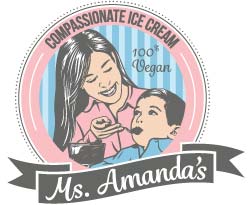 THE STORY BEHIND THE NAME.

As a youth, Amanda struggled with learning disabilities and developed deep seeded insecurities. For a long time, she believed she wasn’t smart enough, thin enough, or strong enough. Sadly, she learned to look outside of herself for validation in all of the wrong places. However, she defied the odds repeatedly. She got her M.Ed., and became an award-winning school teacher. She completed three yoga teacher trainings and has helped uplift thousands of people by sharing the power of yoga. She left an abusive relationship and is raising her son on her own. Through surrounding herself with a fiercely feminist female support system, she has been able to really tap into her power and now sees her own strengths.

After a lifetime of being dependent on men, Amanda decided to do something completely on her own terms representative of her values. She wanted to do something that would enable her to spend quality time with and be a strong female role model for the love of her life her son Isaac. Isaac will frequently be at work with Amanda. As he gets older, he will be able to enjoy serving others while simultaneously learning responsibility by helping out with age-appropriate tasks such as counting change and handing out spoons.

Amanda plans on spending the rest of her life helping uplift others through spreading the joys of yoga, holistic child rearing, veganism, and self-care. Her ice cream business is in line with her goals. She hopes to lead by example and encourage other women to fight against the forces of patriarchy and go after their dreams.

Owner Amanda Elizabeth firmly believes that less is more, enabling consumers to appreciate and savor each ingredient. Our ice cream is made of a handful of ingredients. Only cashews, cashew milk, local maple syrup, sea salt, and pure vanilla is the base of our ice creams. Flavored ice creams generally only have one to five additional ingredients added. As we value our customers health, all ingredients on the EWG’s Dirty Dozen list are sourced organically.

We are happy to cater birthdays, weddings, fundraisers, and work events. We also are available to provide local restaurants and stores with our plant-based frozen confections to sell to their customers. For more information or questions please fill out the below form. We will get back to you shortly.